My newest obsession has been making a scarf that is comfortable yet small enough to not get in the way when dealing with 2 small children. After lots and lots of practice, I came up with a few items.

I started with a pattern for a headband, but it was huge. I was disappointed. The idea was there but when I followed the pattern for a small child it was so wide on me it covered almost my entire head. I am baffled at how some patterns look so amazing in the photos, but I always have to rewrite them when I try them.

I haven't decided yet if I am going to sell these yet or not. I have been seeing a lot more knit and crochet booths lately. I frequent one of the few Farmer's Markets here in the area and this weekend I saw TWO new booths that both had knit and crochet items. I stopped at the first booth. Just by looking at the items she had on display I could tell she was skilled. I bought a pink ear warmer from her.

I didn't try it on, which I should've. It was tight so tight it will not belong to my five year old daughter. Beyond that I tried to pull it down for a neck warmer idea like the ones below, but the yarn was so itchy I couldn't have it touching my skin.

Talent is one thing but common sense is another. I know these people want to sell items, but honestly my biggest sales are because I have loyal customers that return. If I didn't have people returning to buy multiple items again and again I wouldn't have made nearly as many sales.

The mistake most knitters make is proportion. Setting the eyes at the exact spot, lining up a bow in  an awkward area could destroy even the most perfect hat. I've seen it a lot with the newest character hats especially the Hello Kitty hats, proportion is key. The eyes are too wide, too small, too close or everything is clumped together.

I think the biggest mistake people make is that they under charge for their work because they are so desperate to sell. This effects us all as knitters. Why is someone going to even look at my $25 hat even if it is better when someone has them posted for $10 on the next site. Someone once told me the piece you sell is a penny a stitch. For every stitch you do you charge a penny. That and consider the ramification of using cheap yarn. I now have a beautiful head band/scarf no one wants to wear because its like sandpaper against your neck.

Neck Bows that I am obsessed with... 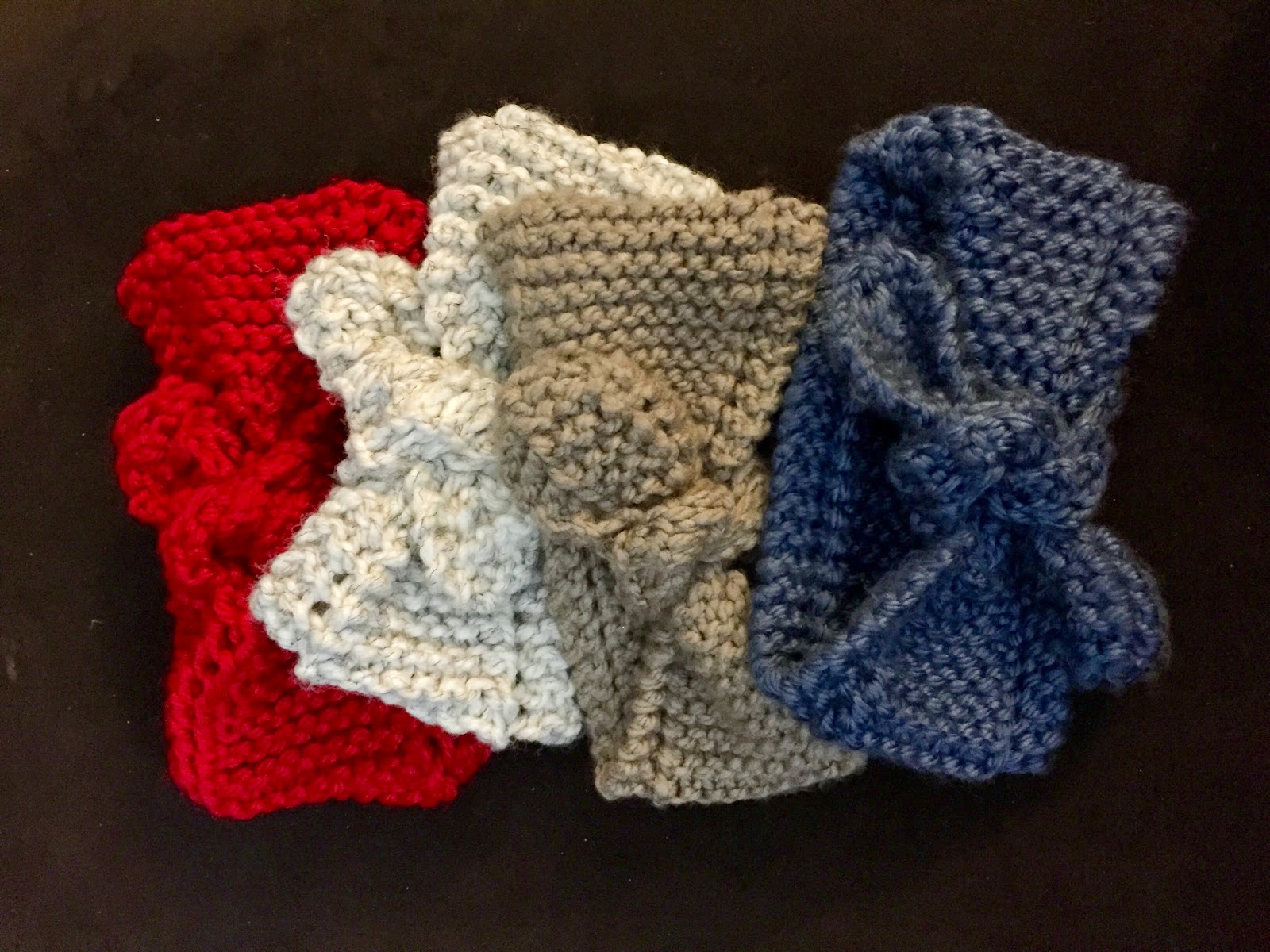 Posted by Unknown at 9:31 PM No comments: